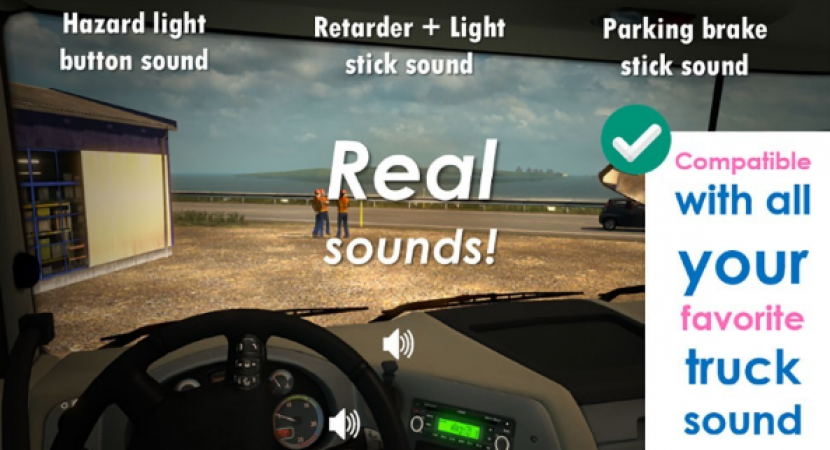 Note: This mod is intended for game version v1.3 and up. It can run without game crashes on v1.2, however you won’t have truck or trailer damage since the damage parameters have a new location.

Supports compatibility with Realistic Weather Sound 1.7.6 (provides realistic thunder and exterior rain sounds).
Both mods can be enabled at the same time. Sound Fixes Pack must have higher priority.

Wind and tire noise too loud? No problem. You can configure its volume using these developer commands. Syntax is as follows: