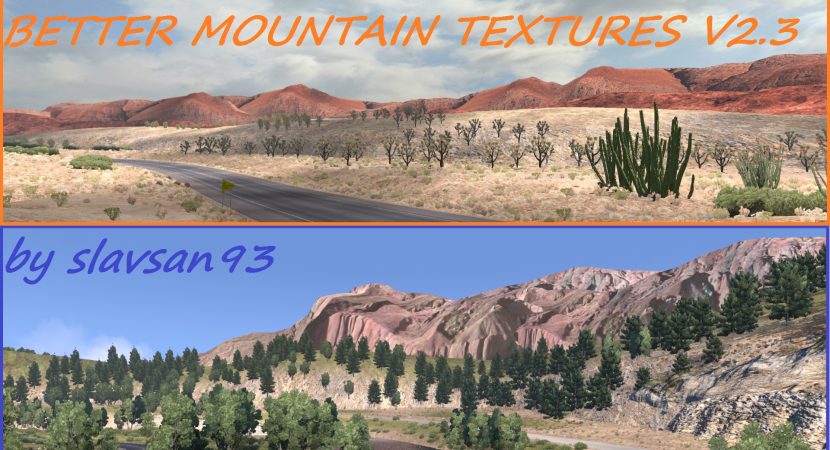 This mod replaces textures for mountains around the map of ATS. If you like taking cool pictures and want to take a fresh look at the world of ATS, then this mod is for you! From mountains and deserts in California to Grand Canyon in Arizona, and red rocks around the map for a more realistic and diverse look.

What’s new in version 2.3:
– Improved some textures that were added in the previous version
– New texture for hills in the deserts of California
– New texture for cliffs at the coast seen from afar (west of Oakland)
– Some minor corrections